The human "precision grip" and the Fourth of July

Since this is the week of the Fourth, the Auburn UU Fellowship program committee declared next Sunday to be "Patriotic Poetry Sunday," everyone being invited to bring a patriotic poem to share. Since nowadays "patriotism" is just another word for militarism, I immediately thought of poems like Wilfred Owens" World War One poem "Dulce et decorum est." Then WWII's "Death of the Ball Turret Gunner," or "Eighth Air Force," by Randall Jarrell; also James Dickey's "The Firebombing." For the Vietnam War Robert Bly's "The Teeth Mother Naked at Last." A more recent piece "celebrating" our never-to-end War on Terror is Sailor Jerri's Veteran's Version of Leonard Cohen's great "Hallelujia."
But. Deciding to try to come up with a really patriotic, not just anti-militaristic poem. Here's my "found poem" for this year's Fourth of July (words found in the American Declaration of Independence):
When in the Course of human events it becomes necessary
Whenever any Form of Government becomes destructive
It is the Right of the People, it is their right, it is their duty
To throw off such Government and to provide new Guards
For their future security.
Compare with the very first post on this blog, July 4, 2013.
But, you ask, what do those images, the adorable baby and the 1970 CBS Earth Day TV screen shot, have to do with the Fourth?
Well. Back last December in my "At this time of year . . ." post, I talked about how our early human ancestors, having such puny teeth and claws, must have been able to survive because they were smart enough to obey the Golden Rule. Well, actually I was suggesting that they arrived at the Golden Rule ("hangtogetherness") only as a result of being smart enough to gang up on enemies and/or prey. And, of course, out-smart those Others. But another uniquely human anatomical trait that has been extremely important is our "precision grip." That, along with just the right shoulder engineering and eye-hand coordination, had to have given us early on a good chance of avoiding hand-to-hand (or claw-to-claw or tooth-to-tooth) combat. My high school football team's chant in coming out of the dressing room and onto the playing field was always "Chunkin' rocks, chunkin' rocks."
Well, football is a contact sport. But the chant is primeval. We humans learned early on how to kill at a distance. And we got really good at it. Today Air Force pilots sitting in comfortable air-conditioned cockpits in Fort Collins, Colorado, can pilot drones and fire missiles to kill our enemies (and innocents called collateral damage) in the Middle East, in Africa, really anywhere in the world.
So, the precision grip is what is common to those two images. Showing two diverging ways of getting a grip. The adorable baby is one of my great-great-granddaughters. Her name is Hope. She is using her precision grip to pull the blanket aside and look me straight in the eye. She is not looking for a fight. She's hoping to get a smile and a hug from me. I think of her growing up and using her precision grip to play the piano, making beautiful music, always love songs. And the CBS TV image? Already by 1970 our collective use and mis-use of our precision grip enabled us humans not only to survive but to go beyond the "patriotic" mass murdering of each other (at a distance) to the point of choking the life out of planet Earth.
So, on this Fourth, I side with Hope. Think about it.
Posted by Zeke at 12:55 PM No comments: 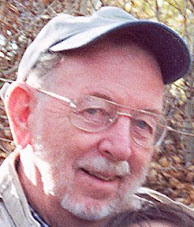 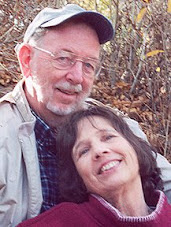